The Rocca Borromeo di Arona was built just before the year one thousand and initially had, together with the Rocca di Angera, a defensive purpose as one of the main strategic points of Lake Maggiore. Between the 11th and 12th centuries it became the refuge of the archbishops of the diocese of Milan. After an initial ownership of the Visconti, the building, together with the entire Municipality and the Castle of Arona, passed into the hands of the Borromeo family, who kept the property for four centuries. Today only a few remains of the ancient fortification can be admired, following the destruction wrought by Napoleon’s army, who in 1800 received the order to demolish the buildings in the hands of the Austrians. Among the ruins we can identify the place that housed the room of San Carlo, who was born here on 2 October 1538.
In 2011 the fortress was donated by the Borromeo family to the city of Arona and after safety measures and expansion of services, the area has become one of the main viewpoints in the area, with a splendid view of Lake Maggiore and the coast. Lombard. 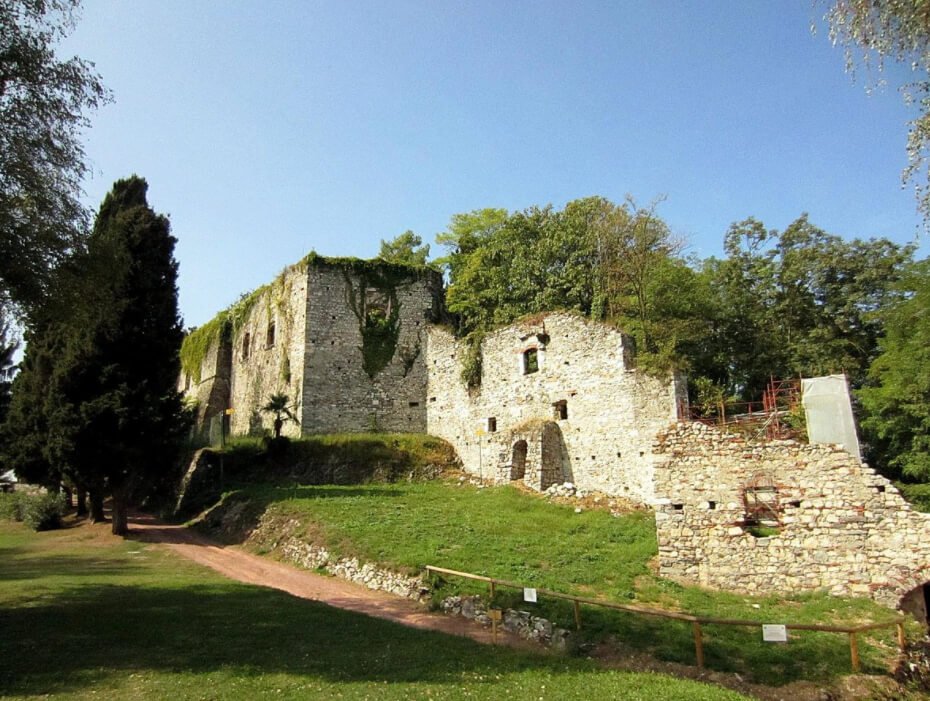 On the hill in front of the Rocca di Arona stands the statue of San Carlo Borromeo. The work, nicknamed Il Sancarlone for its large size (about 33 meters), represents San Carlo in the act of blessing the diocese of Milan with his right hand while holding the voluminous book of the Acta Ecclesiae Mediolanensis with his left hand, a collection of what he did for the reorganization of the Milanese Church. The statue is hollow and it is possible to access inside, up to the head, where, through the opening of the eyes and the windows present, it is possible to admire the surrounding landscape.
The static stability of the work is allowed by a stone pillar placed inside the statue from which an iron structure departs that acts as a support for the body of the statue, made of wrought copper plates.
The work, commissioned by Federico Borromeo, was created by the sculptors Bernardo Falconi of Lugano and Siro Zanelli of Pavia, based on the original design by Giovan Battista Alberti, known as “il Cerano”. The statue was completed in 1698, 84 years after the work began, and since then it has stood among centuries-old woods as the prominent point of Arona, also visible from the lake. 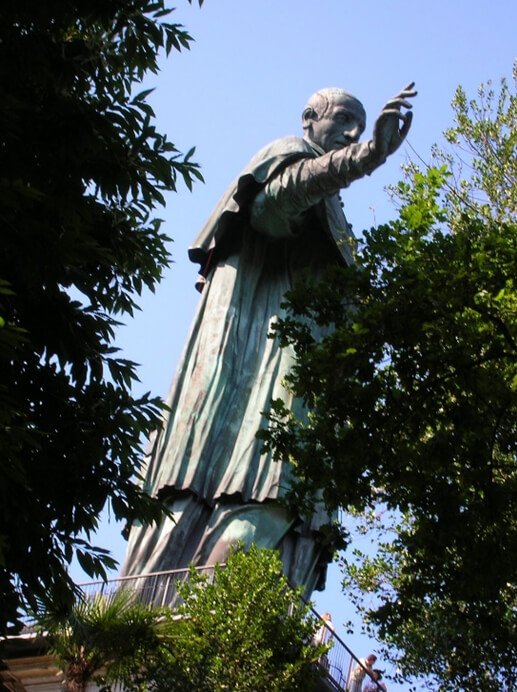 The lakefront of Arona is both a pedestrian and cycle way track which coasts the lake and goes between parks fountains and kids playground. On the track you can see the atlas statue in bronze made by Bruno d’Arcevia and three others monuments, the half body dedicated to Luigi Boniforti, Barcaiolo monument and Sant’anna kiosk in front of the lake. From the wisteria pergola you can admire the beatiful view of the lake 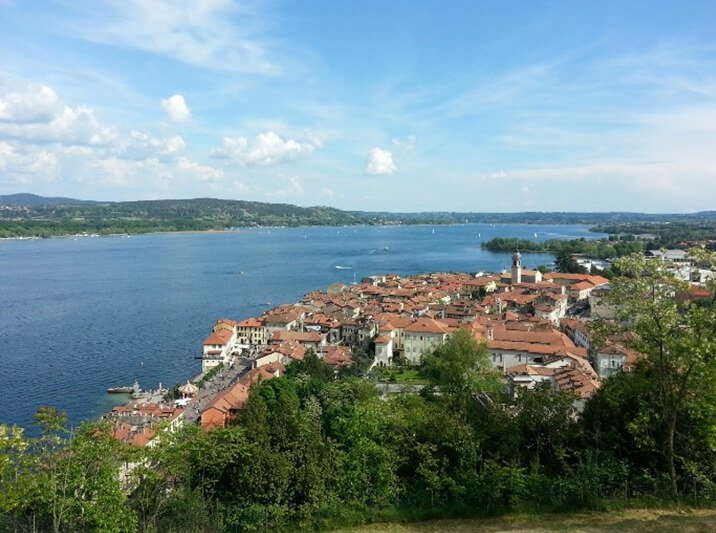