Ispra’s main tourist attraction is the long development of the lakeshore. From the large erratic boulder of the “Cavalasc” of Ranco to the Palude Bozza on the border with Brebbia, the coast is almost entirely accessible and for long stretches it is served by a well-equipped pedestrian promenade.
From the town center, the lake does not immediately appear to the visitor, because large gardens separate it from the town. It is necessary to go down to the shore, through the road that leads to the port or along the paths that lap the parks of the villas. A suggestive staircase leads directly to the lake starting from the square behind the parish church. From the large car park in front of the cemetery, you can reach the square of the port by going down through the public park that surrounds the Castelbarco mausoleum.
Small ports, docking points for the boats that served the old lime kilns, piers and even private docks, can be found along the entire coast. The main access point for boats is the equipped area of the port, where there is also the docking point of the Navigazione Lago Maggiore, for boats and hydrofoils, active in the summer season.
The largest quay in the old port was built in 1868. With many subsequent works, the current dimensions of the two docks were reached, where about 100 boats are housed. A convenient launching point, served by a large slide is located in the Sassone area, at the end of Via Riviera. 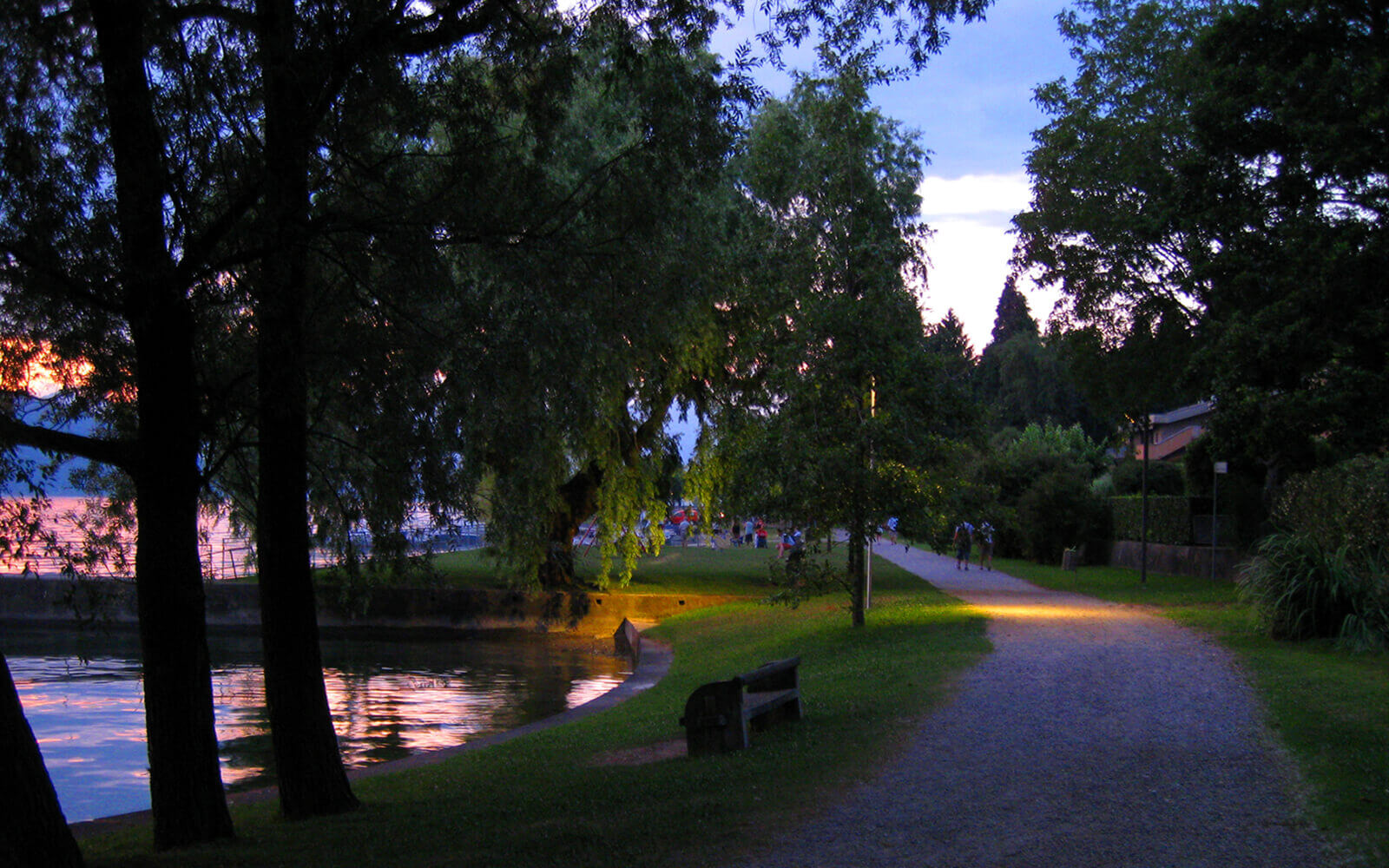 The lakefront to Ranco

A comfortable pedestrian promenade leads, south of the port, to the Sassone locality, where the headquarters of the Ispra Rowing Club is located. In front of the beautiful villa Riviera, a new port has been completed which replaced the old Porto dei Galli. After the square in via Riviera, where the equipped pedestrian path ends and the beach begins, you can find the small fountain of sulphurous water which today is almost dry, but was quite famous in the last century. Continuing along the shore, you reach the enclosure of the large villa in Quassa and you need to turn inside because the path ahead is blocked by private piers and docks. You can return to the road that, along the parks and the old farmhouses of Quassa, leads, between meadows and woods, to the Quassera river and the border of Ranco 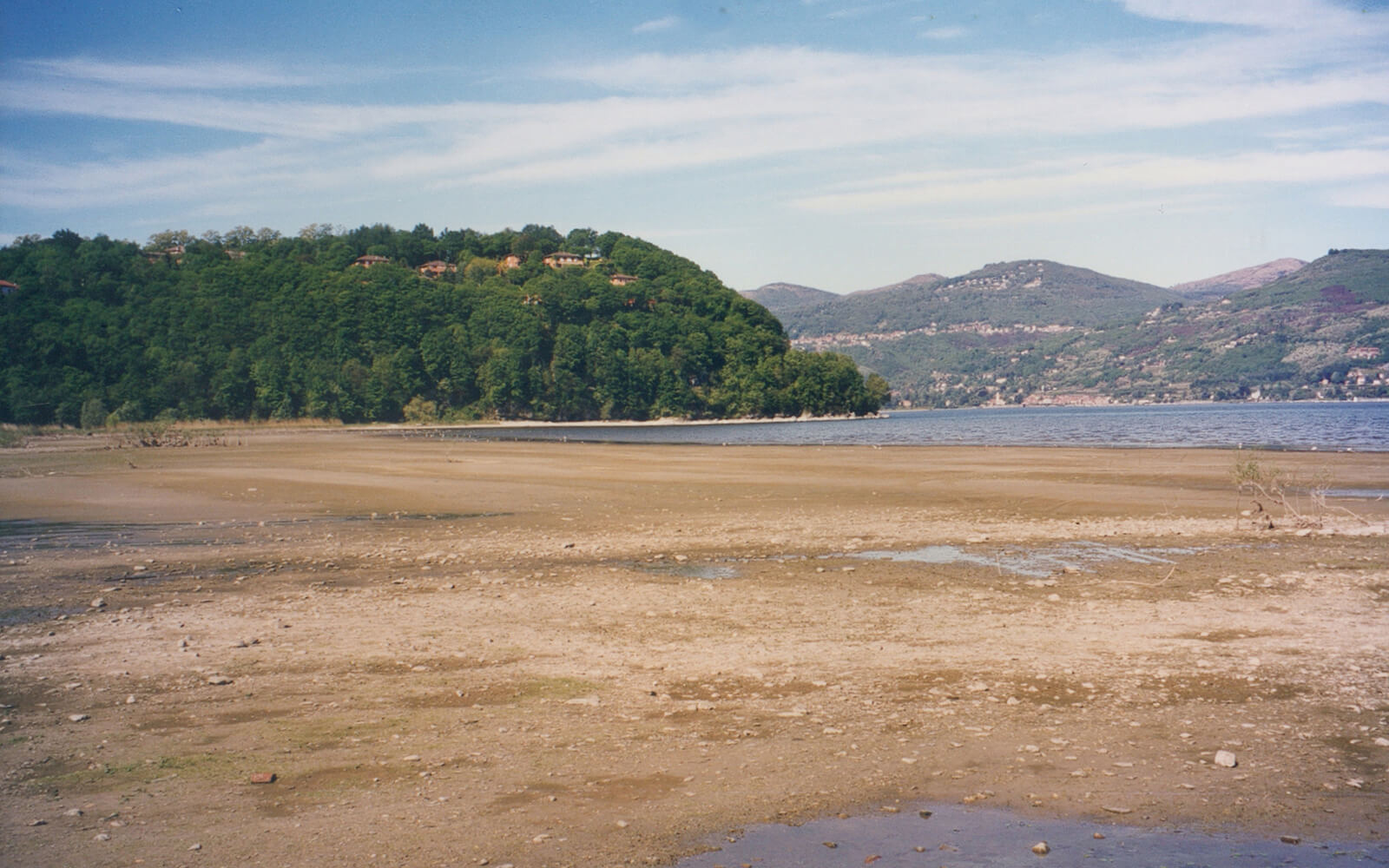 To the north of the port, the pedestrian path starts towards a path flanked by rocks. The facilities of the equipped beach host the Sailing Club and other sports and nautical clubs. With a movable bridge, you pass the entrance to the ancient dock of the Sagramoso Brivio villa and enter the rocky coast, under the San Carlo farmhouse up to the tip of Ometto, beyond which the small gulf of Fornaci opens up. The piers of the ancient harbors that served the lime kilns today belong to private villas and force you to leave the shore, to go up the road and continue the path passing behind the villas. It is thus possible to reach the promontory of Monte dei Nassi and descend to the tip which enters the lake and divides the gulf of Fornaci from that of Lavorascio. The promontory is marked by the wounds of the old limestone quarries and two kilns in a fairly good state of conservation survive at its base, right on the water’s edge. The first overlooks the ancient pier that forms the so-called port of Pinet. To continue the walk beyond the tip, you have to go up the hill and cross the district of Ispra 70 to go back down towards the Lavorascio plain. This area was an important naturalistic oasis until a few years ago. At the locality Girolo, a wooden pier that goes into the water heralds the border with the naturalistic area of the Bozza and the municipality of Brebbia. 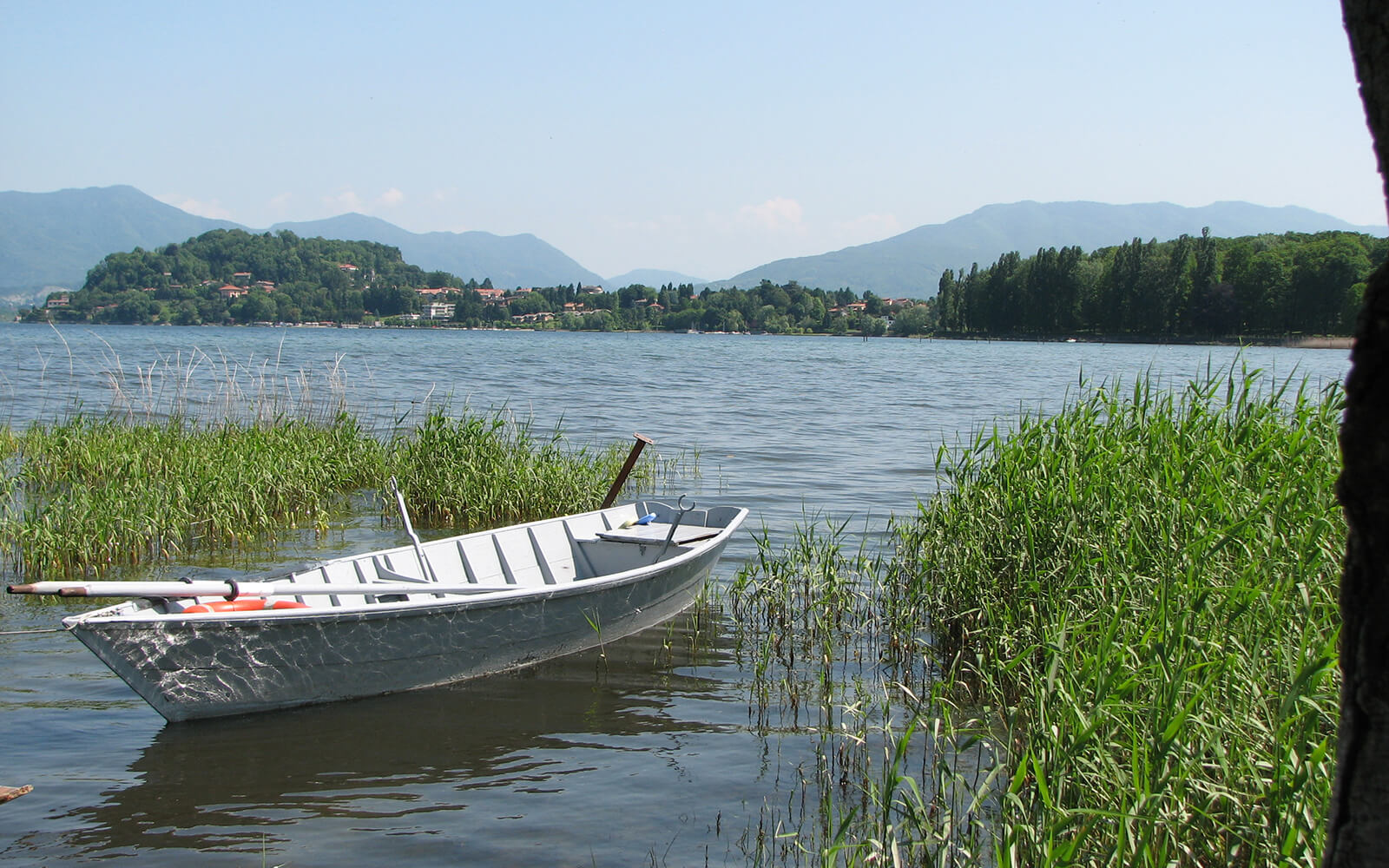