The Borromean Islands are certainly one of the main attractions of Lake Maggiore. Located in the gulf of the same name, opposite the main tourist towns of Stresa, Verbania and Baveno, they can be reached via a navigation service active mainly in the summer.
In the fourteenth century the Borromeo, powerful feudal lords of the area but originally from San Miniato, became owners of the islands and thus began their transformation. To date, the family still owns Isola Bella and Isola Madre, in addition to the three rocks that emerged known as Castles of Cannero due to the ruins of medieval fortifications.
Isola dei Pescatori is the only one permanently inhabited, while the two “sister” islands are a very popular destination for tourists who admire the two splendid palaces and their gardens, famous throughout Europe for the quality of the landscape and for the care and variety of plant architectures, made up of over 2000 varieties of different species.
On the Isola Madre there is also a large fauna of oriental birds, such as white peacocks, golden pheasants and parrots, free in the splendid garden.
Isola Bella, on the other hand, has a garden that, skilfully designed over the centuries, has multicolored blooms throughout the year, in rotation among the various floral species (roses, orchids, bulbous plants, magnolias, orchards, azaleas, gardenias, wisteria).
In 2019 The New York Times ranked the Borromean Islands among the ten most fascinating places in the world. 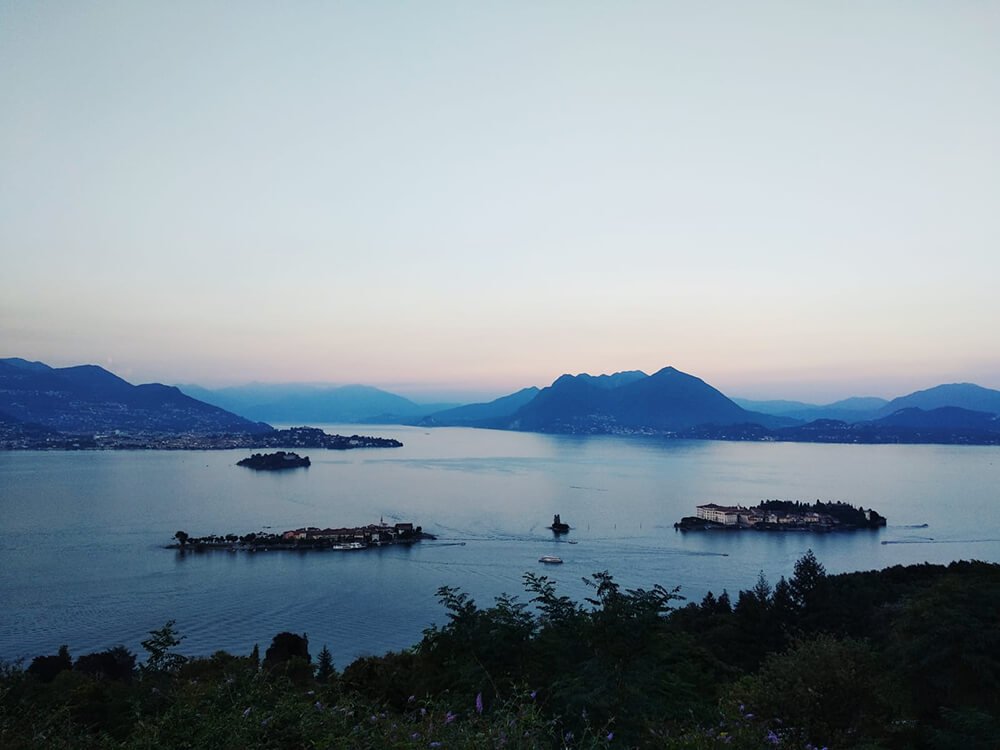