The lime,since ancient ages, it wasn’t just used for the costruction , but it was a good disinfectant and fertilizer for the agricolture .Indispensable for leather tanning and also used for the production of ceramics. Raw material from which it is obtained is limestone, a sedimentary rock rich in calcium carbonate (Ca CO3) just like the one that constitutes the promontory on which Ispra stands. It is known that as early as the 14th century a kiln supplied lime to the Fabbriceria del Duomo in Milan.

Around the middle of the 19th century the first quarries were opened along the lake side and in correspondence with these, further down on the shore, the furnaces were built with the relative piers for the mooring of the boats used for transport. In the quarry, miners qualified to use explosives broke the rock. The material detached in large boulders from the mines, was broken up and subsequently worked with firecrackers, that is, smaller exploding charges. Manual tools were also used and finally the limestone was sorted according to quality and sent to the oven.

The furnace, that is the red-hot heart of the furnaces, was in a convenient position with respect to the quarry floor in order to be reached by the sturdy iron trolleys on rails which, upon reaching the loading door, introduced the mineral. To reach 900/1100 ° C, the operating temperature, the stokers fed the plant preferably with coal. The lime was extracted three times a day, in blocks or clods, from the mouths at the base of the kilns where the combustion chambers were also located.

On the highest part of the promontory of the tip, you can visit the ruins of another medieval structure of some importance. These are the remains of the Church of San Crescenzo of which the basic layout of a large classroom and a sturdy wall that overlooks the underlying limestone quarry and the view of the lake can still be clearly seen 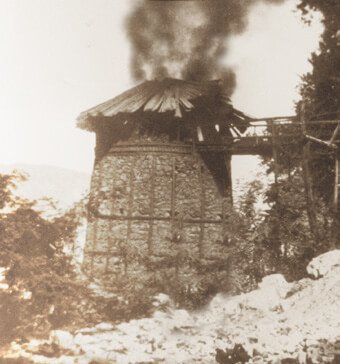 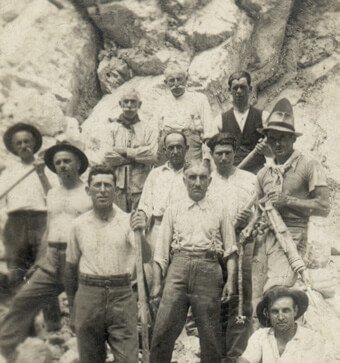 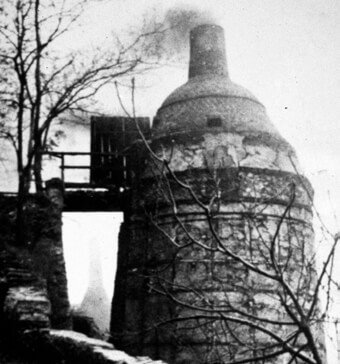