The environment of Ispra is characterized by the presence of several rich residences that were built in the last century, with large gardens according to the taste of the time, vacation homes for wealthy families.
In the center of the town stands Villa Castelli, today the municipal seat. It was built in the mid-nineteenth century on the Pozzolo area, one of the oldest residential areas in the country. The service structures, the rustic appurtenances and also the park of about 7000 square meters have developed on the side of the hill.
The park, now open to the public, was designed according to the romantic taste of the time and at the highest point, overlooking the lake, there is a small octagonal building used in the past as a hunting lodge.
Behind the parish church a large strip of green divides the town from the shore of the lake below. These are the gardens of two ancient and beautiful residences. To the right of the church opens the gate of the Villa Ranci Ortigosa de Corti, where the writer Costanzo Ranci lived. On the other side are the buildings and the park of the large Villa Brivio Sagramoso which was built in the mid-nineteenth century.
Beautiful gardens that climb the hill also have other villas in the town center: the Villa del Sasso and those obtained from the old Nicolini houses in via Milite Ignoto. The park of Villa Riviera faces the lake, a short distance from the port.
On the coast towards Ranco extends the vast and monumental park of Villa Quassa, one of the largest on Lake Maggiore. Luigi Cadorna, future General and Marshal of Italy, spent his childhood there. The park and the villa were settled, at the end of the nineteenth century, by the Consonno family.
Another large and beautiful house that deserves a visit is the one that now houses the Casa Don Guanella. It stands on the remains of ancient medieval structures and fortifications. It was transformed and refined, after 1860, by the owner at the time, the famous tenor Pietro Mongini. An interesting medieval tower overlooks the large quadrilateral courtyard with a curious “universal” clock that animates the internal facade of the tower.

With the exception of Villa Castelli, seat of the town hall and located on the slopes of Monte del Prete, the other residences indicated are privately owned and are not open to the public. 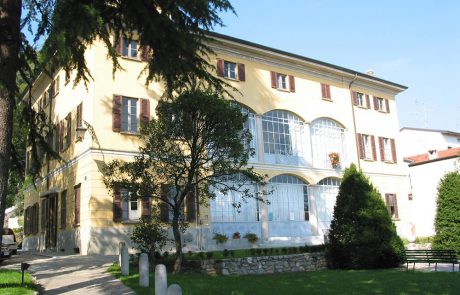 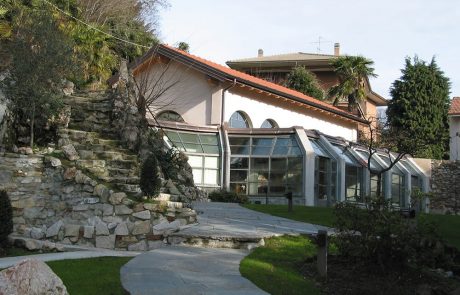 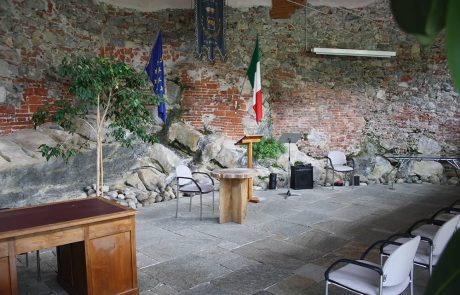